“New York has turned me into an anxious blunderer. I’m missing my friends’ birthdays, missing my subway stop and generally late for every single meeting. Is there anything I need to know about time and how to manage it better?”

Generations before us have strived to understand time, it’s philosophy, social and personal impact, its influence on decision-making and personal success. It’s amusing, though, that with all the knowledge rushing from the fields of physics and anthropology (and pseudo-time-management), there is still little known about how time actually works. So, instead of getting swayed away by assumptions, I’d like to give you a reading list of five books about time that will better explain its origins and effects.

How did our present-day culture of sleeping develop over the course of our evolution? Few animals actually sleep and are awake in consolidated way over long stretches of time—many of them are episodic sleepers. Although they do sleep more at night than during the day, they tend to sleep whenever they have nothing to do (hunt, graze, or whatever). The description of humans gathering around the fire at night is not my ad hoc invention. Anthropologists and human ethologists reported this nocturnal behavior after returning from expeditions to populations not in contact with modern civilization.

Nights are usually much longer than we require for sleep. Near the equator, nights are about twelve hours long throughout the year. The farther we travel from the equator, the shorter the summer nights and the longer the winter ones. What did our ancestors do in winter when they had no light to fake a longer day? Even before the invention of the light bulb, light was commonly available at night. Night lights existed from the moment we were able to manage fire in a small container or in the form of a lit candle or torch. In a way, the central fire in the great cave was the beginning of light at night.

Internal Time: The Science of Chronotypes, Social Jet Lag, and Why You’re So Tired by Till Roenneberg

Human beings have probably been tracking time in one way or another for as long as our species has existed. The most obvious natural cycles—the day, the lunar month, the year—would have commanded the attention of our ancestors. (Unlike today’s city-dwellers, they would have enjoyed pitch-black skies at night. Their lives were inevitably touched by the comings and goings of heavenly bodies.) Signs of ritual burial, including grave goods that hint at a conception of eternity, go back tens of thousands of years.

In historical times, the record is far clearer. Every ancient civilization developed calendars to track nature’s cycles-in many cases, with remarkable sophistication. Our own calendar trams its roots to Egypt and Babylon, with a few modern revisions. By inserting a leap year every four years (thank you, Julius Caesar) and not inserting a leap year three nines every four hundred years (thank you, Pope Gregory XIII), we managed to cobble together our days into years in a way that mimics, with reasonable accuracy, nature’s cycles. As we’ll see, however, the Gregorian calendar is just one of many solutions to the problem of keeping pace with those cycles.

In some ancient cultures, time was seen as cyclic, with sequences of events repeating over and over again. For some cultures, death itself is seen merely as a transition to a new state of existence, human or otherwise. Judeo-Christian theology imagines life beyond death, but its view of history is quite different: events unfold in a unique sequence under God’s watchful eye, from a singular moment of Creation to an eventual Day of Judgment — a decidedly linear view of time. The idea of linear time, historians have argued, became a cornerstone of the Western world view.

In Search of Time: The History, Physics, and Philosophy of Time by Dab Falk

For normal humans, memories gradually decay with time along what’s known as the “curve of forgetting.” From the moment you grasp a new piece of information, your memory’s hold on it begins to slowly loosen, until finally it lets go altogether. In the last decades of the nineteenth century, the German psychologist Hermann Ebbinghaus set out to quantify this inexorable process of forgetting. In order to understand how our memories fade over time, he spent years memorizing 2,300 three-letter nonsense syllables like GUF, LER, and NOK. At set periods, he would test himself to see how many of the syllables he’d forgotten and how many he’d managed to retain.

No matter how many times he performed the experiment on himself, the results were always roughly the same: In the first hour after learning a set of nonsense syllables, more than half of them would be forgotten. After the first day, another 10 percent would disappear. After a month, another 14 percent. After that, the memories that were left had more or less stabilized—they had become consolidated in long-term memory—and the pace of forgetting slowed to a geode creep.

S’s memories seemed not to follow the curve of forgetting. No matter how much he’d been asked to remember, or how long ago it had been—as many as sixteen years in some cases—he was always able to recite back the material with the same exactitude as if he’d just learned it. “He would sit with his eyes closed, pause, then comment: ‘Yes, yes … this was the series you gave me once when we were in your apartment you were sitting at the table … you were wearing a grey suit …’ And with that he would reel off the series precisely as I had given it to him at the earlier session,” wrote Luria.

In Luria’s lyrical account, S seems at times like a visitor from another planet, and in the annals of abnormal psychology, his case has often been treated as entirely sui generis. But as I was about to learn, there is another far more exciting interpretation of S’s story: that as rare and singular a case as S might have been, there’s much that the rest of our normal, enfeebled, forgetful brains could beam from his. Indeed, his extraordinary skills may lie dormant in all of us.

Moonwalking with Einstein: The Art and Science of Remembering Everything by Joshua Foer

As you’d expect, the effect of the seasons varies depending on where you live, as do attitudes towards time. To investigate this the social psychologist Robert Levine compared the tempo of life in 3 countries around the world using three indicators. First, he measured the average walking speed of random pedestrians walking alone in the morning rush hour along a fiat street with wide pavements. How fast did people choose to walk? Window-shoppers were excluded on the basis that they dawdle, and the streets selected were not so congested that the crowds would slow people down. Second, he wanted to compare the efficiency of an everyday task, so he measured the time taken to request a stamp in the local language, to pay for it and to receive the change. Finally, to establish the value placed on time-keeping in each culture, the accuracy of 15 docks on the walls of banks in each city was checked. Combining these measures gave him an overall score for pace of life.

It may not surprise you to learn that the USA, northern Europe and South East Asian countries had the fastest tempos, but Levine’s findings weren’t all so predictable. The efficiency of stamp-selling in Costa Rica brought the country up to thirteenth place in the tempo charts (funnily enough that’s the exact opposite of the experience I had buying a stamp there, but then that’s why we have systematic research on these things, rather than relying on anecdote). Even within the same country the variation can be extreme. On comparing 36 cities in the USA, in this instance combining walking speeds and clock accuracy with the time taken to obtain change in a bank, Boston came out fastest, while the home of showbiz, Los Angeles, was slowest, let down by particularly laid-back bank clerks. Everyone expected New York to come out on top, but in a 90-minute observation period during the early 1990s, the researcher witnessed one pedestrian dealing with a mugger and another with a pickpocket, which might have slowed them down.

Both Aristotle and Newton believed in absolute time. That is, they believed that one could unambiguously measure the interval of time between two events, and that this time would be the same whoever measured it, provided they used a good clock. Time was completely separate from and independent of space. This is what most people would take to be the commonsense view. However, we have had to change our ideas about space and time. Although our apparently commonsense notions work well when dealing with things like apples, or planets that travel comparatively slowly, they don’t work at all for things moving at or near the speed of light.

The fact that light travels at a finite, but very high, speed was first discovered in 1676 by the Danish astronomer Ole Christensen Roemer. He observed that the times at which the moons of Jupiter appeared to pass behind Jupiter were not evenly spaced, as one would expect if the moons went round Jupiter at a constant rate. As the earth and Jupiter orbit around the sun, the distance between them varies. Roemer noticed that eclipses of Jupiter’s moons appeared later the farther we were from Jupiter. He argued that this was because the light from the moons took longer to reach us when we were farther away. His measurements of the variations in the distance of the earth from Jupiter were, however, not very accurate, and so his value for the speed of light was 140,000 miles per second, compared to the modern value of 186,000 miles per second. Nevertheless, Roemer’s achievement, in not only proving that light travels at a finite speed, but also in measuring that speed, was remarkable – coming as it did eleven years before Newton’s publication of Principia Mathematica.

A proper theory of the propagation of light didn’t come until 1865, when the British physicist James Clerk Maxwell succeeded in unifying the partial theories that up to then had been used to describe the forces of electricity and magnetism. Maxwell’s equations predicted that there could be wavelike disturbances in the combined electromagnetic field, and that these would travel at a fixed speed, like ripples on a pond. If the wavelength of these waves (the distance between one wave crest and the next) is a meter or more, they are what we now call radio waves. Shorter wavelengths are known as microwaves (a few centimeters) or infrared (more than a ten-thousandth of a centimeter).

A Brief History of Time by Stephen Hawking

Skill Collector is a weekly section, giving answers to the most culturally disruptive questions asked by our readers. Comments: editor@arthurio.us

Would like to sponsor the next issue and see your logo here? Email at editor@arthurio.us

The author of the next sound question will see it answered in the next issue of the Skill Collector. Preferred are questions about New York, urban design, anthropology and popular science. Send your question to editor@arthurio.us 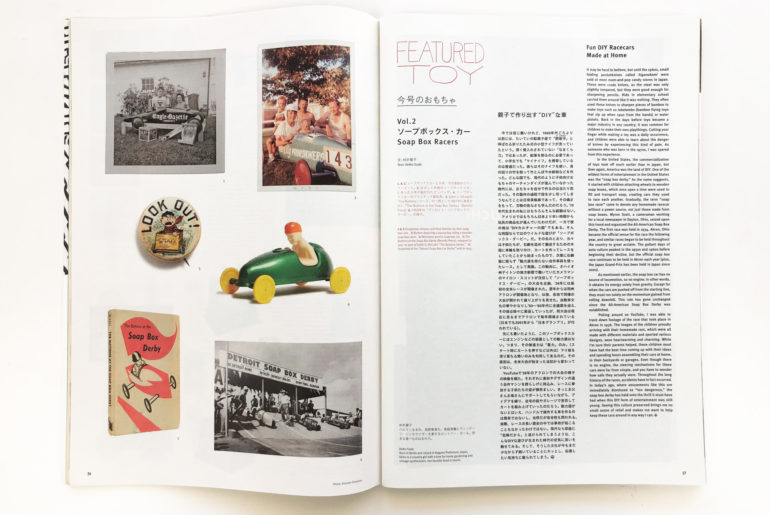