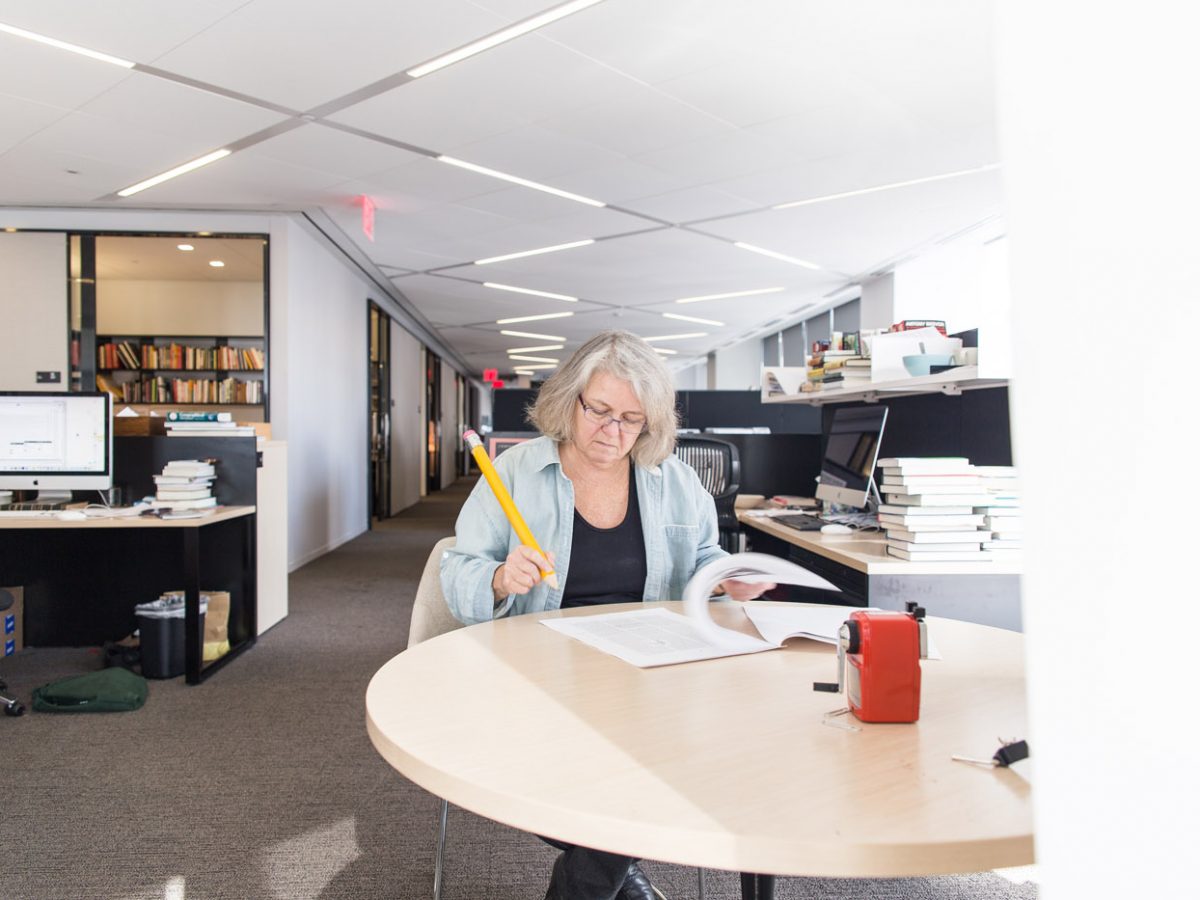 It seems crazy to spend over a hundred dollars on a pencil sharpener.

This dictionary has a whole list of proofreader’s marks. You see? Anyone can do that.

A long time ago I studied Spanish, and I took German in college. But mostly it’s been Mediterranean languages because that’s where I want to travel.

I can’t say we loved working at Times Square. It was not a tragic thing to have moved.

A typical working day at The New Yorker? Editorial people start at ten — well, at least, the old-fashioned editorial people — and finish work when the work is done.

Someone recognized me at the airport once. I was very flattered, but later it struck me: I was carrying a tote bag from the American Copy Editors Society. And that person who recognized me was carrying the same tote from the conference. So, I don’t count that one.

The current issue of the magazine that is going to press is A-issue. Next week’s issue will be B-issue. We don’t think much further than that.

Proofreading at The New Yorker is very exposing. If you put something on a proof that’s stupid, it takes years to recover.

What usually happens is that everything gets crowded into the last couple of days.

Actually, there are about five people who do the same job that I do.

This piece closed last night. That means we made the final changes from the checking department, the author, the editor, and me.

A proofreader is a safety net.

I wouldn’t like to bother the editor with small things.

My proofs are a lot messier than anyone else’s.

Cartoons should never conflict with the articles.

I can’t remember the moment when people started giving me pencils wherever I go.

This is my favorite pencil — the Blackwing 602.

Here’s a graveyard of books that publishers send to us with the hope we’ll pick one for a review.

If you’re not sure about the edit, put a question mark next to it. It’s not about self-doubt or humility, it’s about checking if the author’s intentions are clear.

One has to be very careful while editing poetry.

The mailroom is one of my favorite spaces in the office. Once a piece runs in the magazine, I start getting a lot of mail. It’s fun but quite exhausting.

When I went to college, my father got me a typewriter. I kept it in a case under my bed until it got ruined in the flood a few years ago. My friends had to talk me into throwing it away because it was all corroded. It turned out to have a tremendous sentimental value to me.

I used to worry about the way people treat pencils as something informal that doesn’t last. But what lasts?

The New Yorker is a very well-oiled machine.

Yes, I do have a book that’s all about sharpening pencils.

Alright, back to work. Someone told me there’s a repetition in column one, paragraph two, page thirty…

Mary Norris
Proofreader at The New Yorker magazine
Check out her website and twitter and stop by at her book reading event in LA Convention Center on April 2. 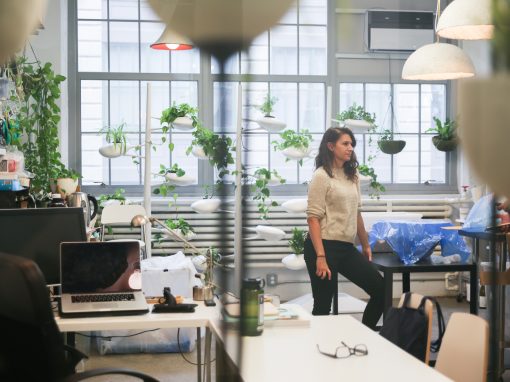 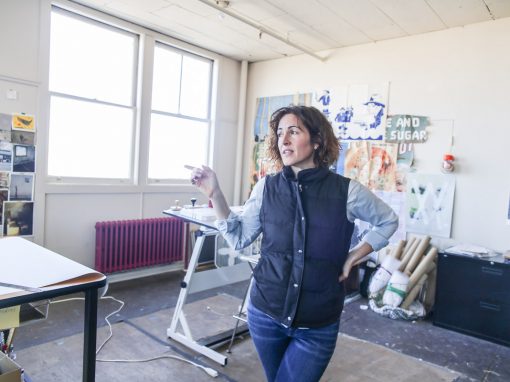 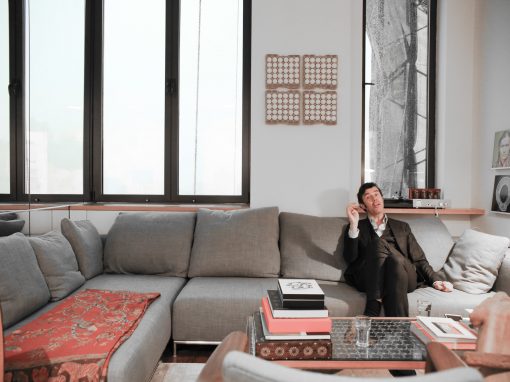